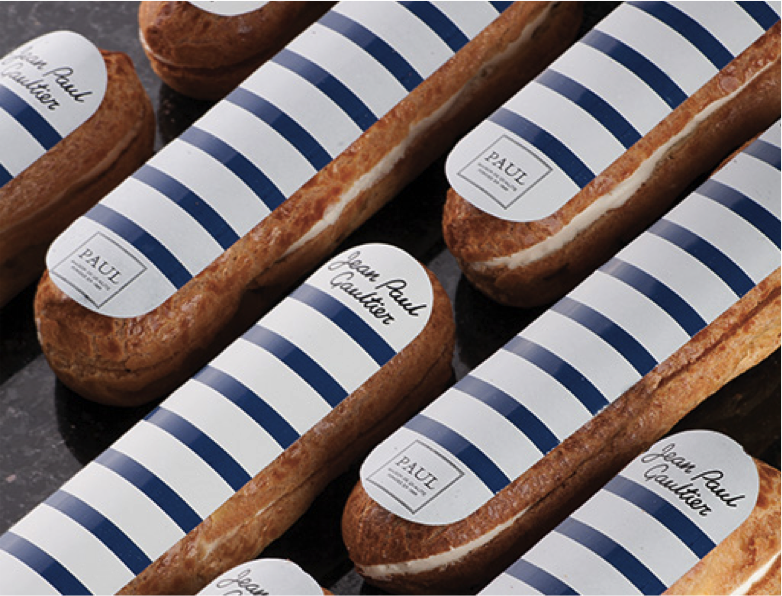 Are differences in each café’s food and beverage offering enough to survive in this market? A study by Copenhagen Business School in 2017found that there is more to taste preference than taste alone. They identified a clear correlation between the level of brand equity and consumer preference.The brand is the secret ingredient to winning.

PAUL’s food is made by craftspeople with French flour. They care deeply about what they create and sell. We were tasked with buildingPAUL’s reputation as London’s artisan French bakery.

The eclair quickly became the most shared ‘exhibit’ at the preview, with guests rushing to share their striped delicacies online.

We ended up securing over 30 pieces of coverage including in Elle, Stylist, Metro, the Daily Mail, Sunday Telegraph’s Stella and even VOGUE, helping give PAUL a competitive advantage in the cut-throat world of London’s cafés.