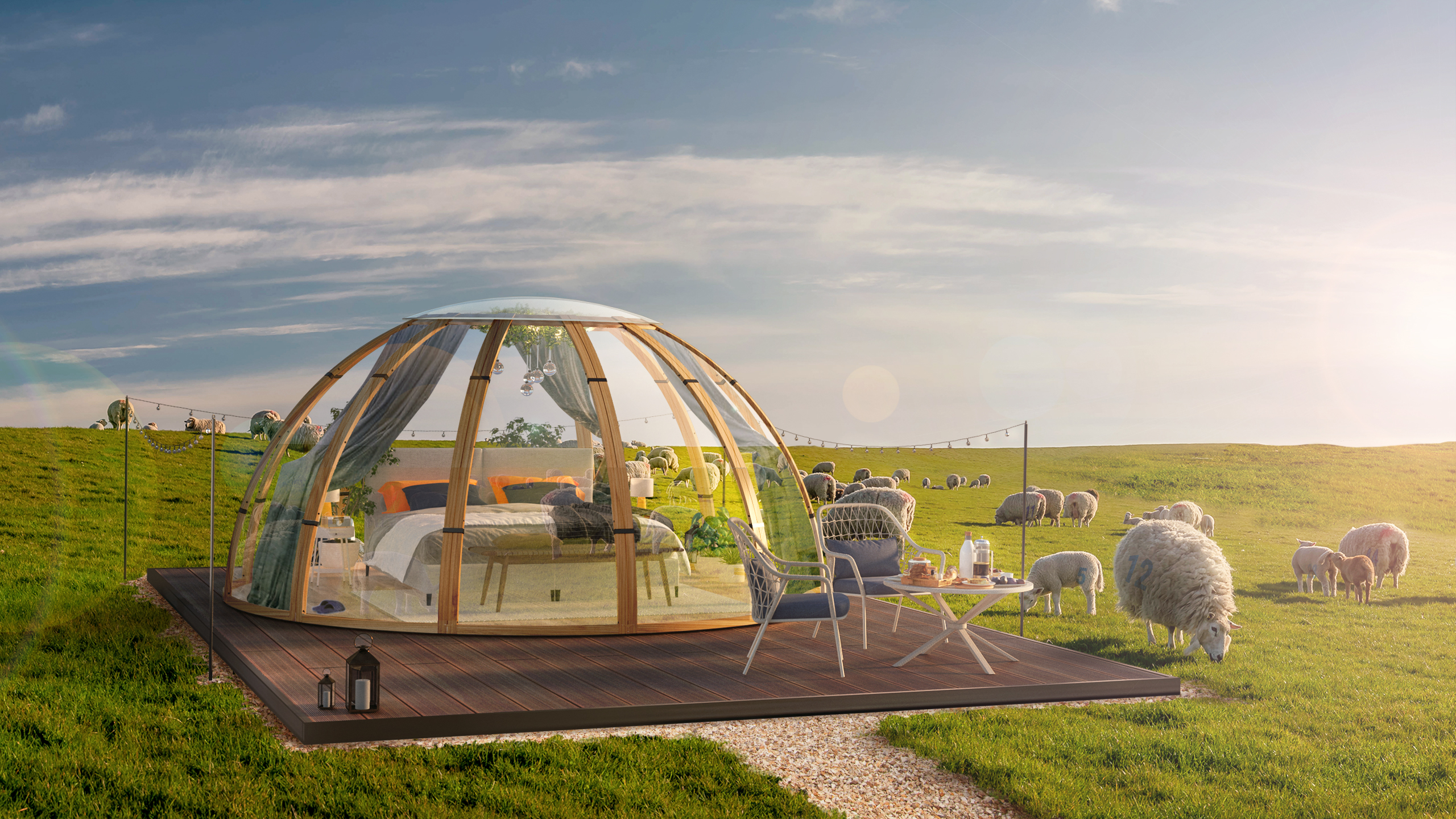 Emma helps the world to awaken their best with the very best sleep, using its award-winning products and sleep advice, backed by science.

Our research found that 2022 had brought on significant sleep issues- with over 1 in 5 saying they had experienced worse sleep than last year, and many turning to sleep hacks which involved escapism to help them doze off - including, arguably, the most famous sleep trick of them all: counting sheep. Not just an old wives’ tale, Emma’s sleep experts confirmed that ‘imagination distraction’ is scientifically-proven to help us sleep quicker, and longer.

With sheep-counting proving as popular as ever, and with almost a quarter of the UK feeling that fresh air (23%), as well as the sound of nature (19%), would help them sleep, we set about offering the UK a unique experience to bring sheep-counting out of our imagination and into reality; the ultimate ‘shleep’ experience.

Enter the Shleep Sanctuary, the world’s first real-life, sheep-counting sleep experience. This unique staycation, set in the rolling hills of the Sussex Downs, was launched as a competition prize offering lucky guests the ultimate guided relaxation experience and a chance to count real numbered sheep from a clear luxury dome under the stars - complete with dinner at dusk and a guided wake-up yoga session as the sun comes up the next morning.

The Shleep Sanctuary was a global sensation, with over 230 pieces of coverage covering its launch. Not only was it a national hit in the UK across the likes of The Express, The Mirror, The Metro, The Sun, Joe.co.uk, MSN and Yahoo!, but it reached overseas press in Germany, Spain, Japan, India and Brazil. The launch even reached the likes of The New Statesman, as well as having its own cartoon in Poland’s Angora press review.

A talking point across the UK’s Heart FM, Magic FM and BBC radio stations, as well as international radio, the viral campaign proved a global talking point; it was rated 9.8/10 on the world’s no.1 trend platform, Trendhunter.

The Shleep Sanctuary campaign  created high-value links, with an average DA of 46, which importantly drove significant traffic to the Emma site and resulted in over 10,000 consumer entries to win a stay.

Watch out for more news of our Shleep Sanctuary when it launches in the spring of 2023.